ACT (pronounced as the word ‘act’) is a type of psychological therapy.  It uses a series of techniques in order to assist someone in fundamentally changing their relationship with their situation, illness or symptoms.  It encourages psychological flexibility and facilitates clarity by focussing on acting for what matters and acting according to one’s values.  ACT is sometimes referred to as one of the ‘third wave’ of behavioural therapies which all place an emphasis on the development of mindfulness skills.

Who can benefit from ACT?

ACT can be used with individuals with a wide range of difficulties and there is a considerable amount of data demonstrating its effectiveness.  It can be delivered as a brief therapy or a longer term therapy.

What is the role of an ACT therapist?

Within ACT the therapist creates an individualised treatment plan in collaboration with the client.  ACT therapists aim to bring qualities of compassion, acceptance and present moment awareness to ACT sessions.  The therapist is not viewed as fundamentally different to the client, but rather as being in a position where they may be able to see things from a different perspective.  This is sometimes described through the two mountains metaphor.  Both the client and therapist are climbing their own mountains.  From where the therapist is on their mountain they can see obstacles on the client’s mountain that the client may not be able to see.  These can be pointed out by the therapist and new routes around them discovered.

What happens in an ACT session?

Six main treatment approaches are used in ACT.  These are used flexibly in sessions and each includes different techniques, exercises and homework tasks.  The six approaches are: 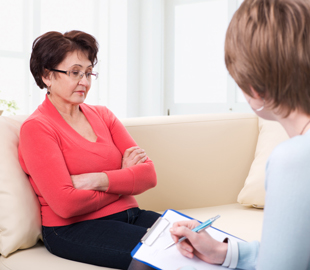 Make an Appointment
Meet the Team